Jeff Fortin is the man who wrote this post and took the image that accompanies it. It’s quickly gone viral and you’ll understand the reason why when you read his genuine comments.

He was driving home and saw a parked Postal Worker who had gotten out to a salute a flag that was being raised in the neighborhood.

This afternoon I was coming up my street and I noticed a stopped USPS truck across from my house. It wasn’t until I was at my driveway that I realized the USPS driver was not in the truck, but rather standing at attention next to it, saluting the flag my neighbor was raising.

I stopped right there and grabbed my camera off the seat next to me, took off my hat, and captured the moment. I then waited until the flag was fully raised before I walked over to introduce myself, asked him for his permission to share this moment, and thanked him for his service. But again, many thanks to retired U.S. Army sergeant Robert Franklin, who is still serving his country, rain sleet or snow. He is the manifestation of true patriotism, and I am proud to have met him. 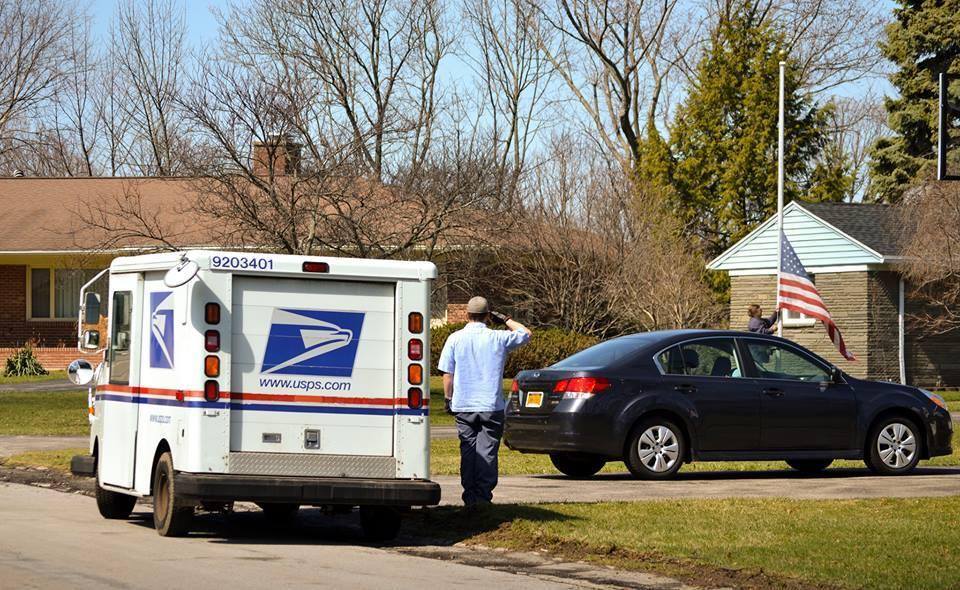